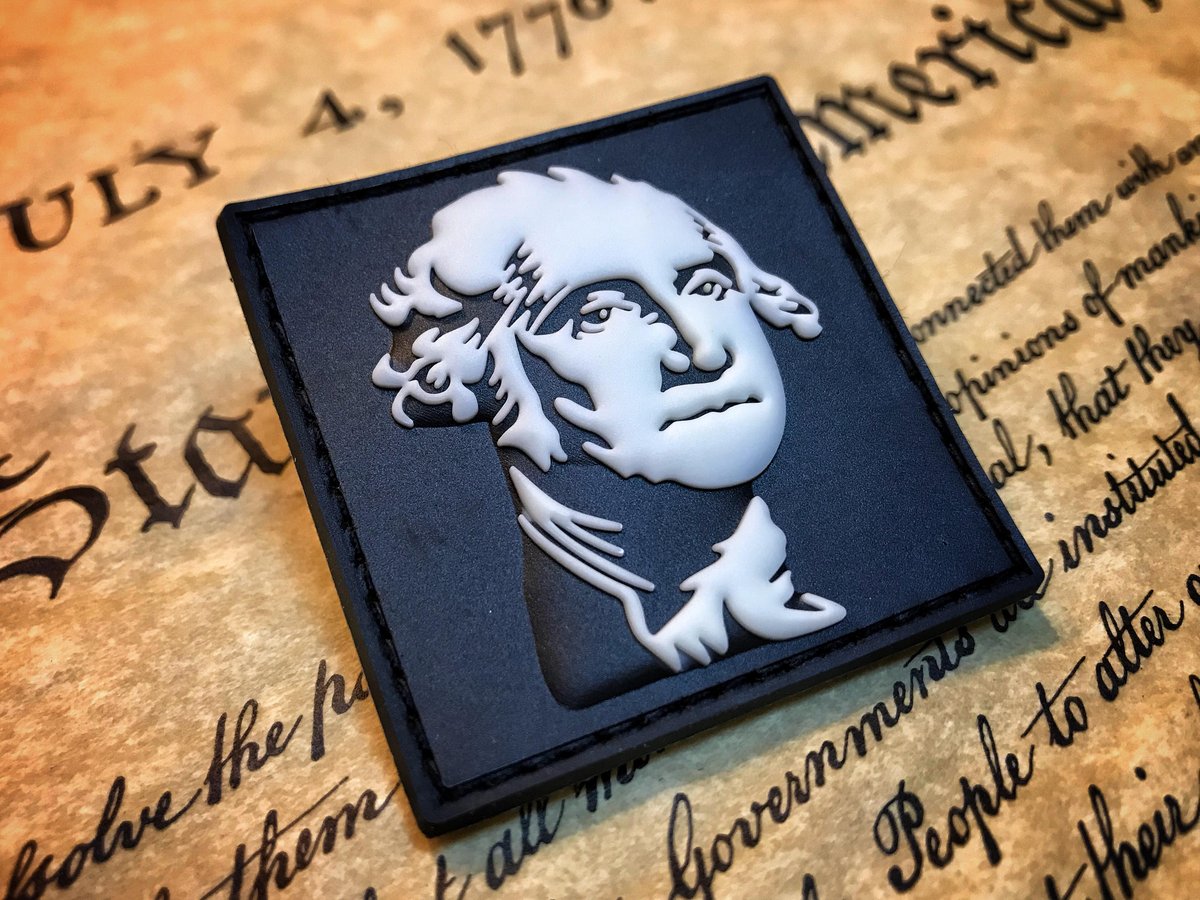 No better way to recognize one of the greatest men and heroes this country has ever known than with our new George Washington GITD 2x2 PVC patch!

"His fame survives! bounded only by the limits of the earth, and by the extent of the human mind. He survives in our hearts-in the growing knowledge of our children, in the affection of the good throughout the world; and when our monuments shall be done away; when nations now existing shall be no more; when even our young and farspreading empire shall have perished; still will our WASHINGTON’s glory unfaded shine, and die not, until love of virtue cease on earth, or earth itself sinks into chaos.” Major-General Henry Lee (Funeral Oration on the Death of General Washington)