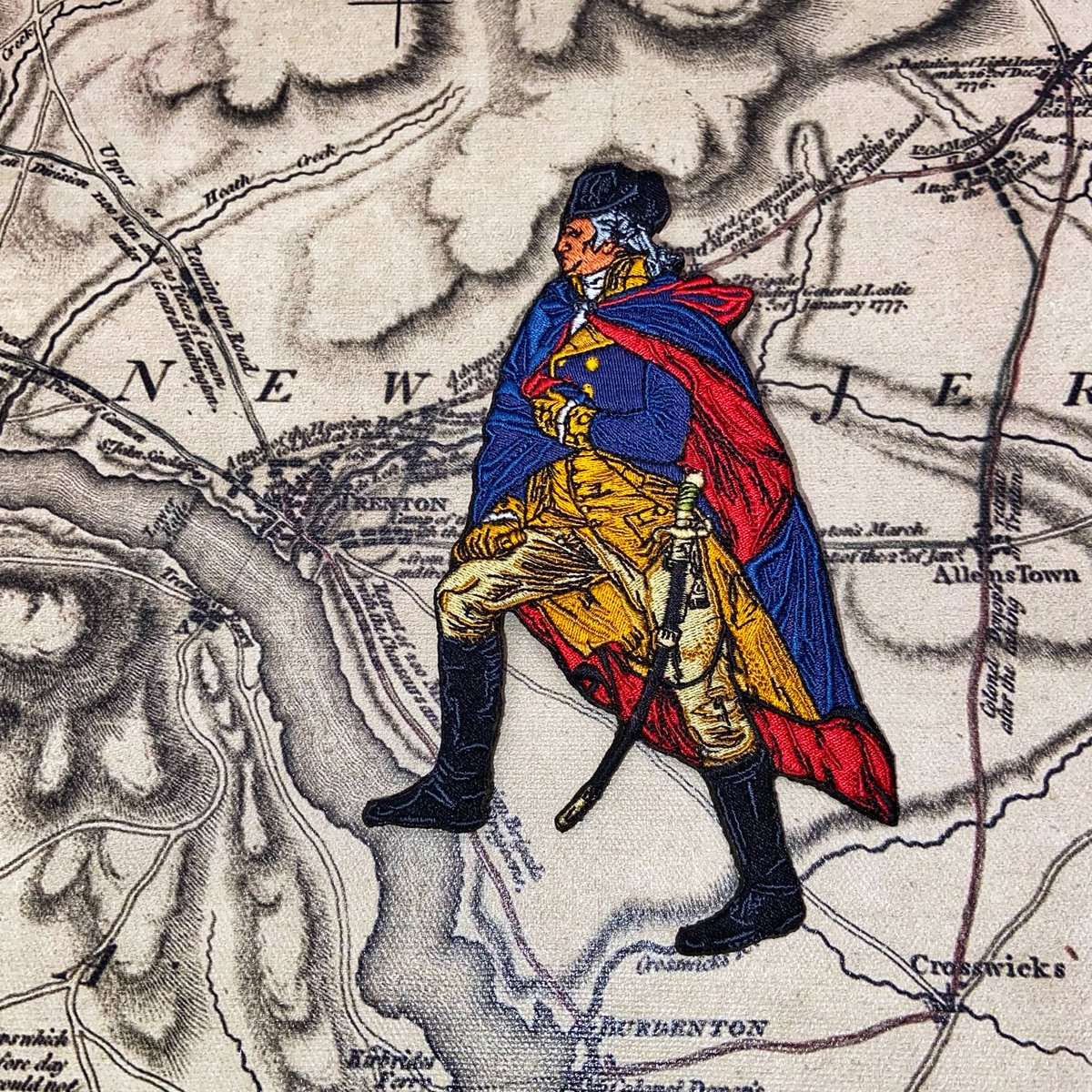 The Crossing - one of the most incredible, strategic, and insane military maneuvers in history, one that changed the world forever.

Once crossing the Delaware Christmas night of 1776, Washington led his army of 2,400 men to Trenton where they attacked a Hessian force. All told, 22 were killed, 92 wounded, 918 captured and 400 escaped in the Battle of Trenton. The Americans suffered two frozen to death and five wounded.

Our embroidered General Washington stands 6 inches tall and is velcro backed for display and wear.